The routine is performed by two men dressed in Latin-Urban streetwear.

P1 is a man. He has a blue-green bucket hat along with a navy blue sheer durag. He accessorizes with navy blue aviator shades and several gold chains along two gold chain bracelets. For clothing, he wears an oversized polo with a dark purple undershirt underneath and large oversized shorts. Both the polo and shorts have a color blocked square pattern with the colors orange, light green, dark purple, red, peach and orange along with a Bandhani pattern over it. He wears plain yellow basketball sneakers with orange socks. He also has a yellow glove.

P2 is a man. He accessorizes with square sunglasses that has a gold chain surrounding the frames, a gold watch on his right wrist, a gold chain bracelet on his left hand along with several gold rings on his fingers, gold chains around his neck and a snapback that has a red designer print on the panels. He wears an oversized t-shirt with a green designer print on it, whilst underneath are cyan long sleeves. Over his shirt is a yellow-orange fishing vest. He also wears platform sneakers with teal, purple and magenta details on them. His glove is red. 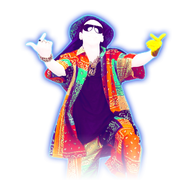 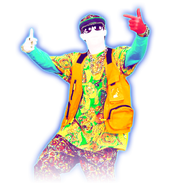 This section is a stub. You can help by adding to it.
The background is a tropical desert with some fishes, turtles, whales, hot air balloons and boats floating in the air. In both pre-choruses, flags representing the following countries or cities can be faintly seen in the background when their names are said: Colombia, Mexico, Argentina, Venezuela, Puerto Rico, Chile, Santo Domingo (Dominican Republic flag), and Panama. During the verses, the routine takes place in the daytime, turning to night during the chorus.

Both Gold Moves: Bring your hands down from your chest.

Yo Le Llego is featured in the following playlists: 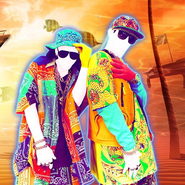 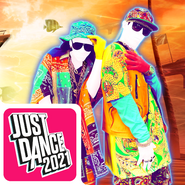 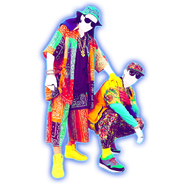 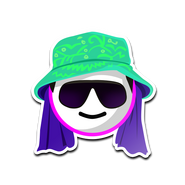 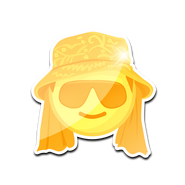 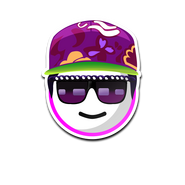 YO LE LLEGO on the Just Dance Now menu (computer)

YO LE LLEGO on the Just Dance Now menu (phone) 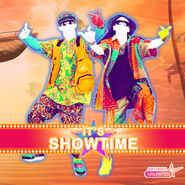 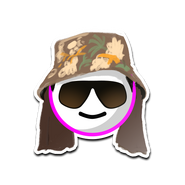 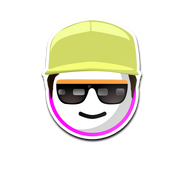 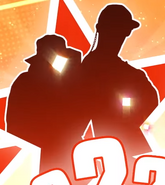 The coaches’ silhouettes in the trailer for Season 4: It’s Showtime 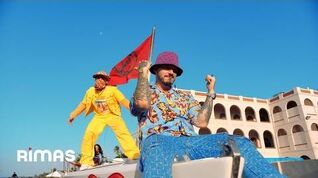 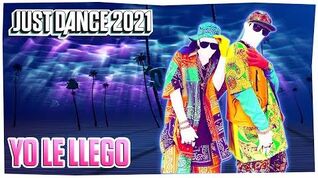 Yo Le Llego - Gameplay Teaser (US) 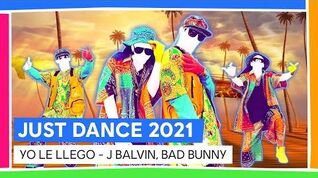 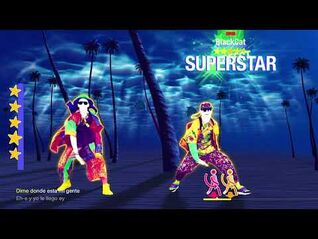 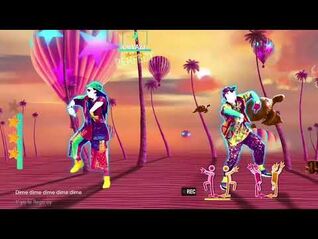