You, Me and the Beat

"You, Me and the Beat" by Dove Cameron from Liv & Maddie is featured on Just Dance: Disney Party 2.

The dancer featured in the routine is a teenage girl who resembles Liv from the show. She has black frizzy hair. Also, she is wearing a blue dress that has a V-neck. She sports a pair of blue tap shoes with white buckles.

Like the episode from which the show's song derives from, the background takes place inside a barnhouse. On the right is a small haybale that serves as a platform. Other haybales are scatters around the wooden floor. Wooden wheels hang from the top of the ceiling. There are also wooden beams that hold the barnhouse’s structure. Two orange lamps hand from two of the beams.

There are some lights that shine music note symbols on the door at the back, The treble clef light shines neon pink, white the other notes flash a light blue. At the chorus, multiple white spotlights shine some flower symbols on the floor. Two bright pink lights flash rapidly from the roof, illuminating the barnhouse, too.

You, Me and the Beat 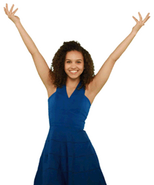 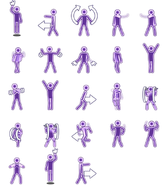 You, Me and the Beat on the Just Dance: Disney Party 2 menu 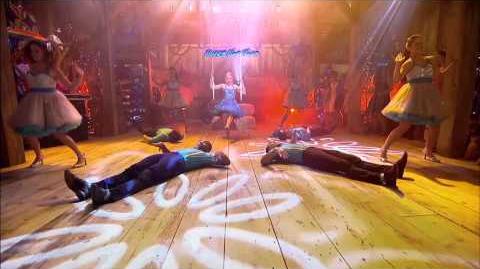 You, Me and the Beat – Liv and Maddie – Disney Channel Official 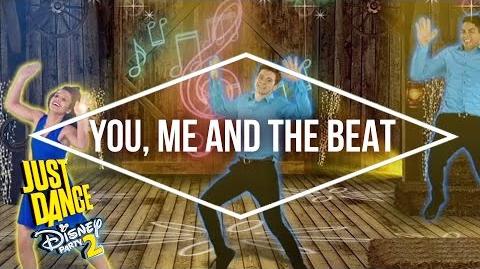 Just Dance Disney Party 2 – Liv and Maddie – You, Me and the Beat - Official US 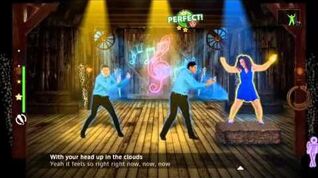 You, Me and the Beat - Just Dance Disney Party 2-0

Retrieved from "https://justdance.fandom.com/wiki/You,_Me_and_the_Beat?oldid=1301150"
Community content is available under CC-BY-SA unless otherwise noted.