The Supremes A' Go-Go

JDU
1A: Brilliant Rose
1B: Temptress
2A: Bright Turquoise
2B: Rosewood

The dancers are two young women dressed in waitress outfits and wear a hairband over short black hair and a pair of sneakers. Both of them are slightly chubby, although they seem much slimmer in their remake.

P1’s outfit is aqua. She wears a pair of black socks.

P2’s outfit is a pink color, and she also wears a pair of pink socks. 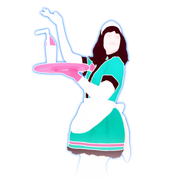 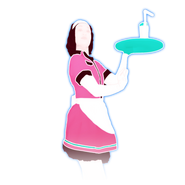 The routine takes place within an old-style American diner, with stools, lamps, a kitchen floor, and a bar with a blender and various drinks. There is a chalkboard menu pinned onto the wall. It has the header "Burger Dadys".

All Gold Moves: Make a circle in the air with your arms, in the opposite direction of the other dancer such that both your hand and the other player's hand are directly opposite to each other.

You Can’t Hurry Love is featured in the following playlists 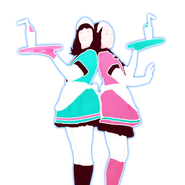 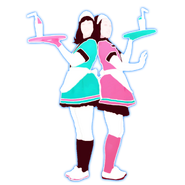 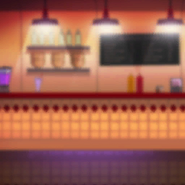 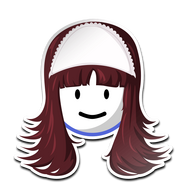 You Can’t Hurry Love on the Just Dance 2 menu

You Can’t Hurry Love on the Just Dance Wii menu 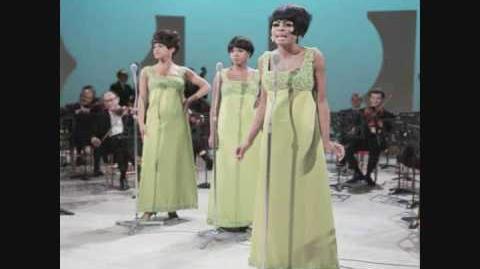 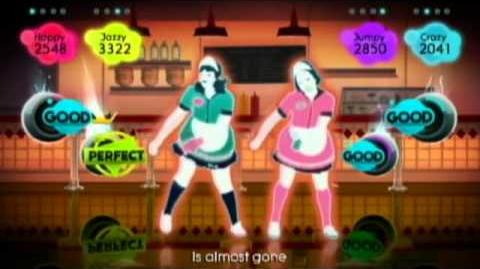 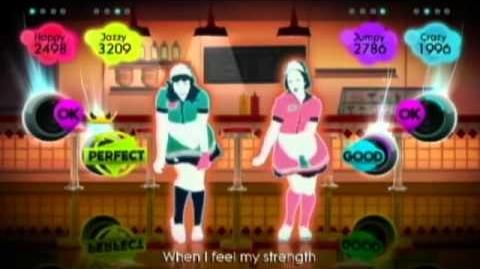 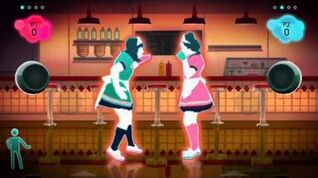 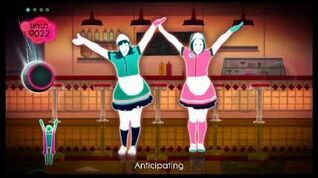 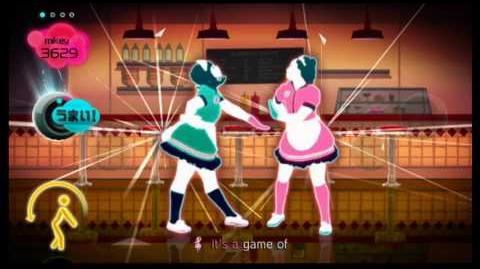 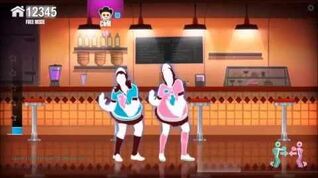 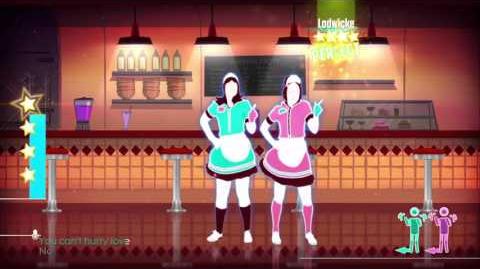 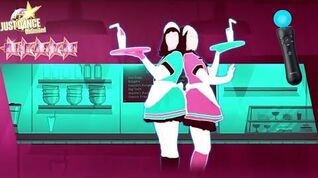 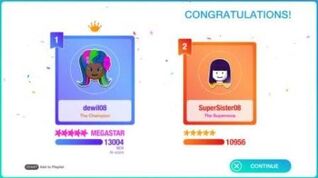 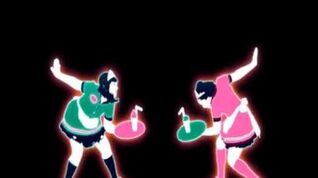 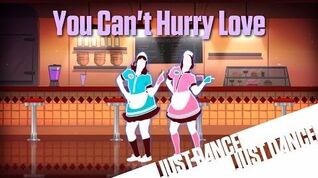 Retrieved from "https://justdance.fandom.com/wiki/You_Can%E2%80%99t_Hurry_Love?oldid=1204538"
Community content is available under CC-BY-SA unless otherwise noted.