Files
1A: Tundora
1B: Cod Gray
2A: Silver Chalice
2B: Boulder

The coach is a woman with purple shoulder-length hair in a high pony with bangs. Her outfit consists of a red metallic bra, a matching color metallic shorts, an orange metallic jacket with some green, yellow, and red markings and a cyan sleeve, cyan thigh high socks, and reddish orange peep toe high heel booties with magenta soles and heels. She also has a gold hair clip, necklaces, and bracelets for accessories.

The background consists of floating geometric pyramids, cubes, and spheres. The background starts off in a light bluish gray color, but fades to black during the interlude, bridge, and outro.

During the intro, verses, and refrain the shapes are all black with a chrome polish that dissolve to reveal lime green and dark blue rings on the insides. The spheres also have a circle in the center of the rings that changes from hot pink to purple.

During the pre-chorus, the shapes flicker from the chrome style to a translucent one on beat with music. The translucent designs come in multiple colors: yellow, hot pink, lime green, orange, and blue to name a few. The shapes are all in the translucent design and are continuously changing colors during the choruses as large cubes that show in the center of screen are dissolving, sometimes to reveal other shapes within them.

During the interlude, multiple spheres are dissolving and forming within each other in the center of the screen while white cubes are flashing on beat with the song in the back. During the bridge, giant half-spheres with lime green, purple, red, cyan, yellow, and pinks rings inside them form and they appear again at the outro.

At the end of the song, the background fades completely to black.

You Don’t Know Me is featured in the following playlists: 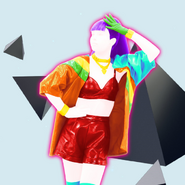 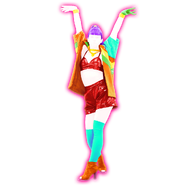 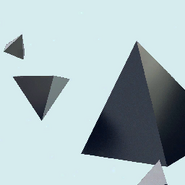 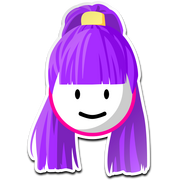 You Don’t Know Me on the Just Dance Now menu
(outdated, computer)

You Don’t Know Me on the Just Dance Now menu
(outdated, phone)

You Don’t Know Me on the Just Dance Now menu
(updated, computer)

You Don’t Know Me on the Just Dance Now menu
(updated, phone) 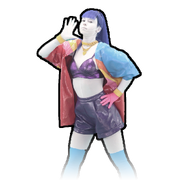 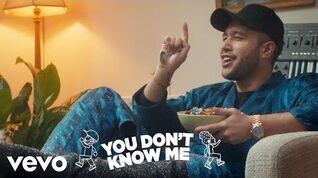 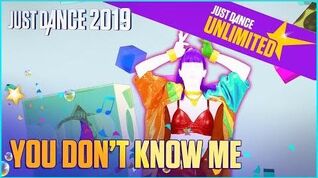 You Don’t Know Me - Gameplay Teaser (US) 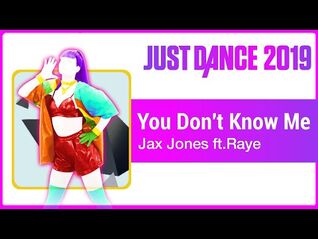 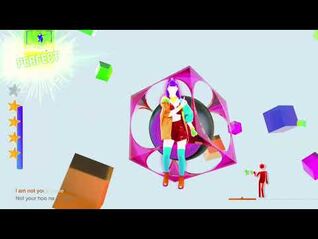 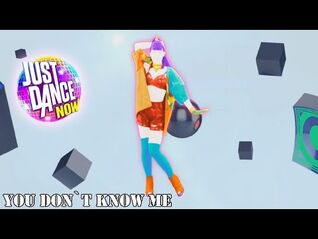 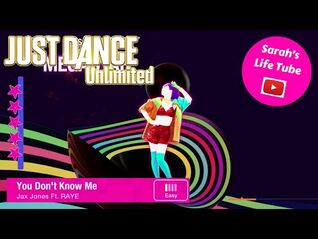