P1 is a man. He has black hair with a high, rectangular tuft on the left, a blue-and-yellow jacket with multiple shapes in red, green, and blue, a colorful cube on the left sleeve, a black T-shirt underneath, yellow pants with blue highlights, and a pair of blue shoes.

P2 is a woman. She has short black hair with a green bow, a sleeveless dress with red, yellow, green, and blue parts, decorated with squares and a red lightning, and a pair of yellow boots with red, blue, and yellow shapes on them. 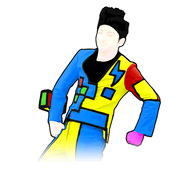 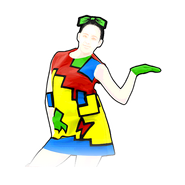 The background takes place in a 1980’s-90’s retro video game. At first there is a city street, then a grassy path, and in the bridge, we see a couple of ice floes.

Gold Moves 1, 2, 4, and 5: Put both of your hands behind your head.
Gold Move 3: P2, put your right hand on your chest and your left hand out. P1, do this in reverse. P2 does this while standing behind P1 and P1 does this while kneeling. 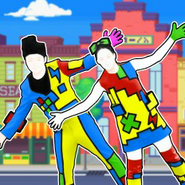 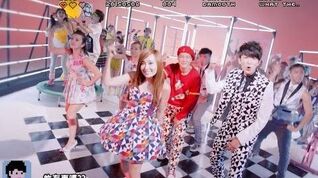 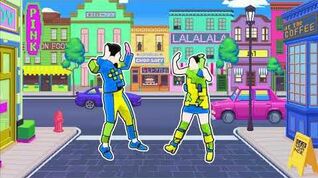 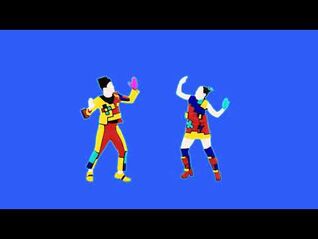