"Youth Training Manual" (青春修炼手册) by TFBoys was planned to be on 舞力全开：活力派 but was never released into the game before the shutdown of the game. 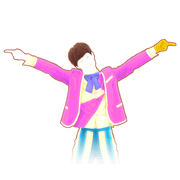 The coach is a boy with short brown hair who appears to be a school boy. He wears a magenta jacket, a purple bow, a cream yellow T-shirt with a magenta triangle, a pair of cobalt and cream yellow striped pants, and magenta sneakers.

At a few points of the routine, his skin turns black, and his clothes change color as well; the jacket turns yellow, the glove turns purple, the bow turns magenta, the T-shirt turns purple and yellow, his pants turn purple and aqua, and his shoes turn yellow.

The background appears to be a desk in a children's room with items such as a skateboard, books, a rocket, a basketball, some crayons and other stuff. The dancer seems to be dancing on an open book with a circle in the center. During some parts, such as the pre-chorus, the background becomes dark, and the items turn neon and constantly change color.

Gold Moves 1 and 2: Open your arms down, and hop with your right knee.
Gold Move 3: Stretch your right arm towards the screen while putting your left hand on your chest. 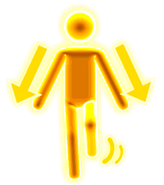 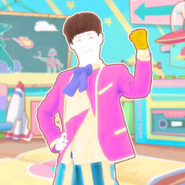 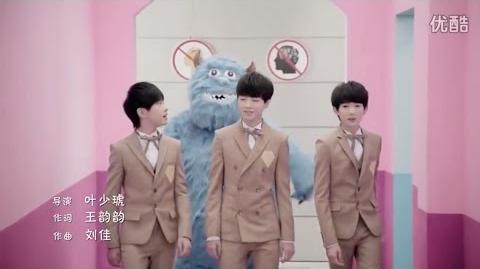 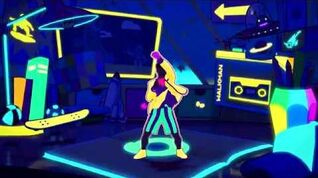 Retrieved from "https://justdance.fandom.com/wiki/Youth_Training_Manual?oldid=1365656"
Community content is available under CC-BY-SA unless otherwise noted.