"最炫民族风 (Zui Xuan Min Zu Feng)" (also known as "Coolest Ethnic" and "The Coolest Ethnic Trend") by Phoenix Legend is featured on 舞力全开, where an internet connection is required to play the routine. It was originally a subscription-only track on 舞力无限 before becoming free to compensate for the removal of Da Wan Kuan Mian prior to being allocated to the game itself. It was also listed on 舞力全开：活力派 but was removed due to the routine being unplayable.

The dancer is a woman with black hair tied in a tight bun with a pompadour on the center of her head. She wears a red traditional Chinese one-piece suit that resembles a banbi, which is a form of casual outerwear for both men and women. The outfit also has bell sleeves and a choker-like attachment on her neck and is designed to have loose pants as well. A golden dragon patch is visible in her outfit. She also wears a pair of red tassel earrings and red ballet shoes with straps on her ankles and golden accents in the outer sides of her shoes. She has a thin full opacity yellow and black outline. 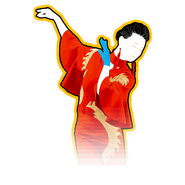 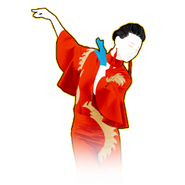 The backgrounds show Chinese-styled elements: firstly, a sky with some clouds and colored animal kites, then red branches with colored flowers, petals and a red butterfly. In the chorus, it shows spinning red circles with drawings of Chinese zodiac signs and butterflies; then, it switches to a sea with some fans and stylized waves. After that, the rotation starts over.

Gold Moves 1 and 2: Swing your arms backward while lifting your left leg in front of your right one.
Gold Move 3: Raise your right arm up slowly. 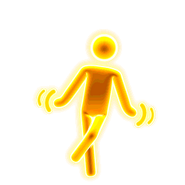 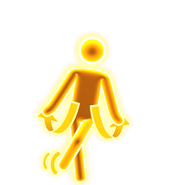 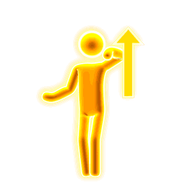 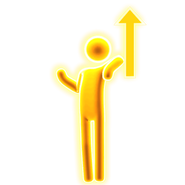 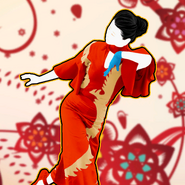 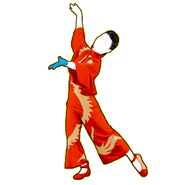 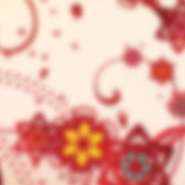 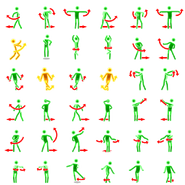 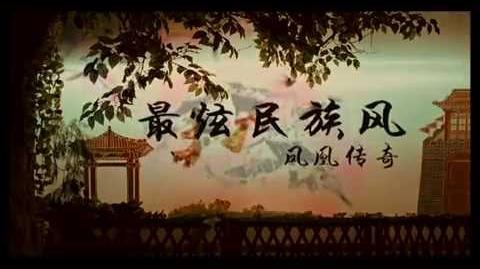 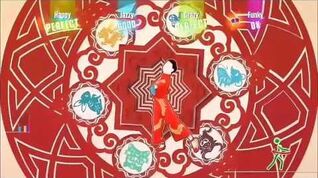 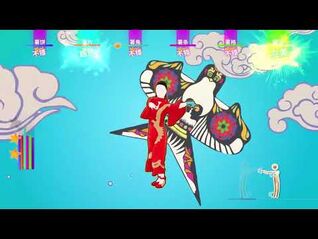 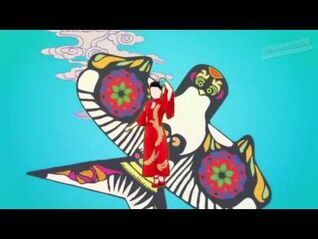